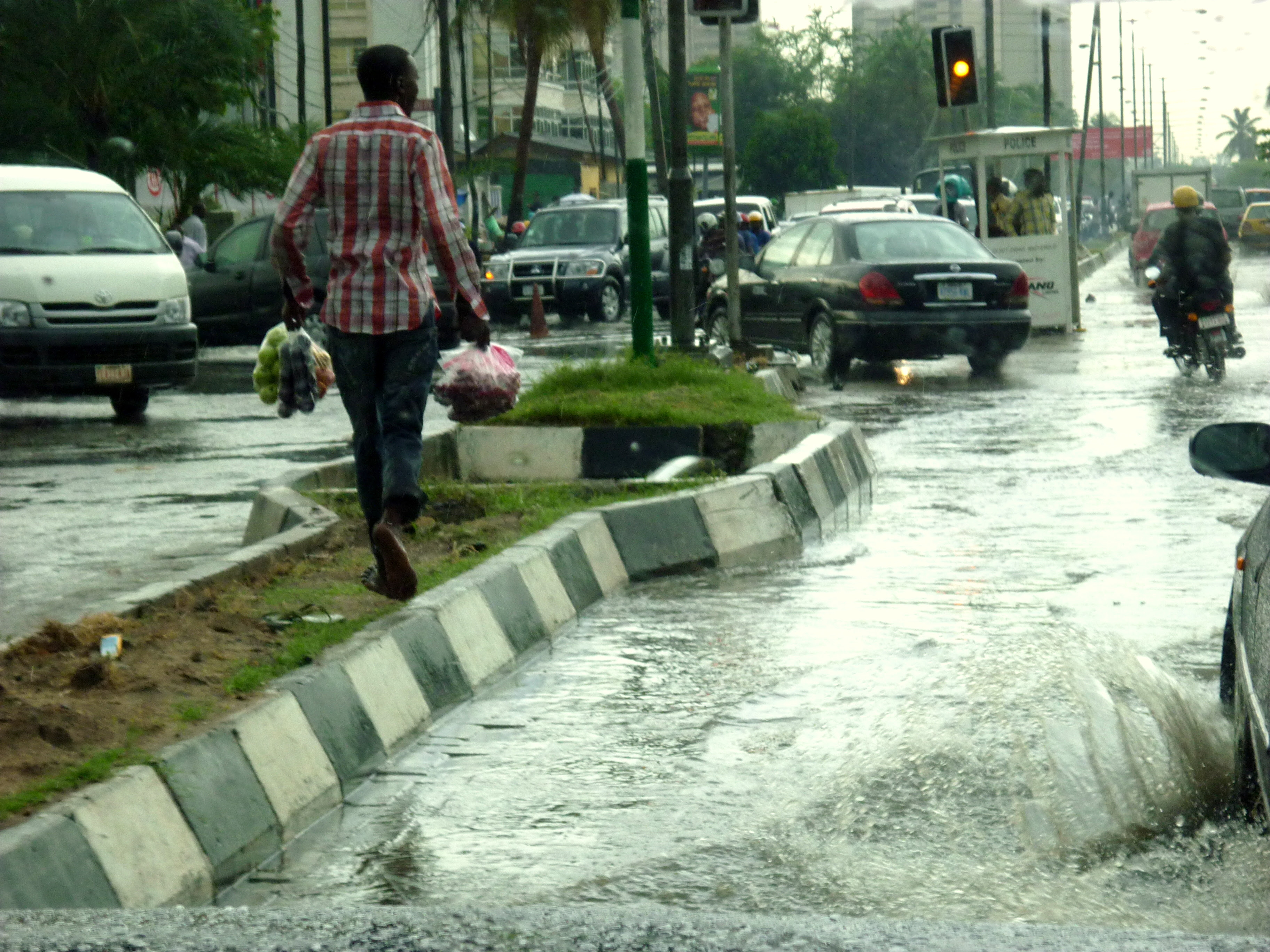 RAINING SEASON.
The streets spoke of the floods through the water banks and the streams that cluttered the roads. The cars maneuvered carefully through the pot holes deep with dark water. They cleverly sauntered through each pothole. I watched through the comfort of the car the window guiding my eyes around the streets of Lagos. I watched how Lagosians had responded to the rain. The rain that had flooded streets and drowned people and houses showing no mercy to the people of the town. The rain had poured heavily during the weekend drumming the ground with its sounds of danger and destruction. I watched the streets as they spoke of the floods and then my eyes met the people. I saw the woman in with agege bread in her head protected by a transparent lynon. I watched her walk cautiously her feet slowly but surely finding each footstep on the dangerous sidewalk- a mark of the floods.
I saw with surprise in the midst of the cement and stone of the roadside some men sitting calmly as they chatted on a dilapidated truck. I watched two women struggle to place some heavy yellow jugs on their heads as they guided each other till the heavy plastic objects finally found a perfect niche in the middle of their wrapped scarves.
It was amusing to see a pedestrian waving enthusiastically as his confused friend waved back as he flew past on an eager okada. I watched the signs of religion in the muslim's that decorated at uneven intervals, the sidewalk as they knelt down to pray to Allah in the watery sand, a piece of cloth acting as the only substance to separate them from the cold earth.
And then began the traffic that was a part of Lagosian life. My eyes were amused by the woman that had set up base beside a refuse dump blowing her corn; her resource for survival enthusiastically; the bow legged mallam walking comfortably around the pools of water with his stick; the young boy that washed his danfo vigorously with the help of the watery compound beside him. The hawkers strolled between the cars displaying their wares enthusiastically their sharp eyes catching any small sign of interest. My eyes were entertained by the fruits decorating the roadside and a young woman who expertly arranged a row of watermelons her orange nails glimming dimly in the cloudy sky; her earphones distracting her from the heavy traffic that crowded the highway beside her.
The roads spoke of the floods but the people of Lagos showed no hint of it.