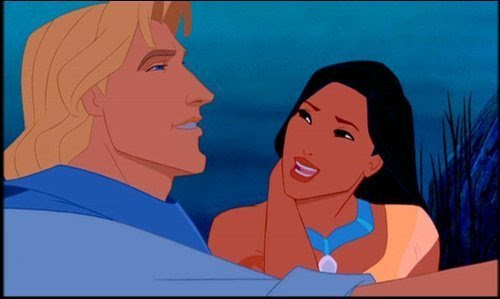 Time for another animated feature! And this week, its ‘POCAHONTAS’. Pocahontas was the daughter of a chief of a North American tribe called the Powhatans. Pocahontas means ‘Little Mischief’.Its Disney’s 33rd animated feature.
Mel Gibson plays Captain John Smith; David Ogden Steirs plays Radcliffe.
Linda Hunt,Grandmother Willow and Irene Bedard as Pocahontas.
Alan Menken and Stephen Schwartz-created 7 new shorts for the film.
This Disney Animated Feature is based on a real person.
The late Roy E. Disney says that Disney knew Pocahontas was a bit younger when she met John Smith but the relationship of people from two different civilizations added to the emotional impact of the story.
The bond between the English rogue and the Powhatan Princess is at the core of the story.
Glen Keane who was the supervising animator of Pocahontas says ‘she was the strongest heroine we’ve ever had in a Disney film’ while Jim Pentecost describes her as ‘open, athletic, vivacious, quite beautiful.’
Disney animators knew that somehow they had to capture the personality of Pocahontas.
Glen Keane says that ‘in the case of Pocahontas I thought I need to go to Jamestown.’
The story begins at the departure of the Virginia Company from a port London port; their mission, to return with any gold they can find; John Smith’s duty on this journey is to provide security. 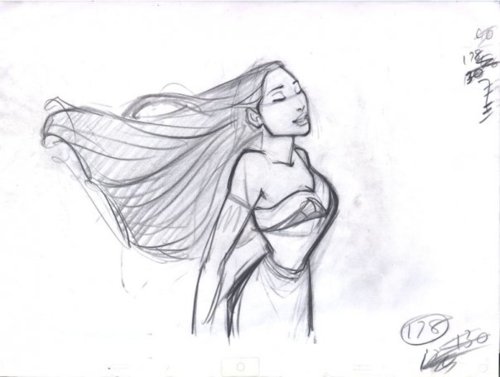 This New World, surrounding the Jamestown settlement was habitated by the Powhatans who appreciated and respected their environment.
Disney Animator’s had to ask themselves: How would Pocahontas react to the Disney settlers? What kind of person was Pocahontas? Before they could tell her story, they had to know here.
They knew they wanted her to be a spiritual person whose thoughts run deeper than the surface but it took a fine balance to find who Pocahontas was.
And in order to do this, they conducted an intensive research into her story.
Russell Means-Chief Powhatan-mentioned to the Disney animators that all the dwellings face east in her culture. Mel Gibson describes working in the studio-Is like cutting off your senses and using one aspect of yourself. ‘They put hidden video cameras around the place...you catch that they’ve stolen an expression off your face...it’s very clever.’
The voice actor of Pocahontas Irene Bedard, says ‘I think the story of Pocahontas is one of the most beautiful love stories ever told’
Judy Kuhn plays the singing voice of the Princess.
David Ogden Stiers mutitasks beautifully as the voice actor for both Radcliffe and Wiggins.

Here are some words from the people that helped bring Pocahontas to life:
Supervising Animator of John Smith-John Pomaroy-says that the ‘amount of substance that the animator would craft into the character...it radiates a certain spirit or life source that convinces the viewer.
Radcliffe’s animator states ‘Largely he is greedy and corrupt...We raised his center of gravity to his chest so he seems more pompous.’
Meeko’s supervising animator makes an interesting analysis of creating this adorable creature-‘you have to become the character..Pocahontas does something to you... how would you react without saying something...I try to get it from within’ 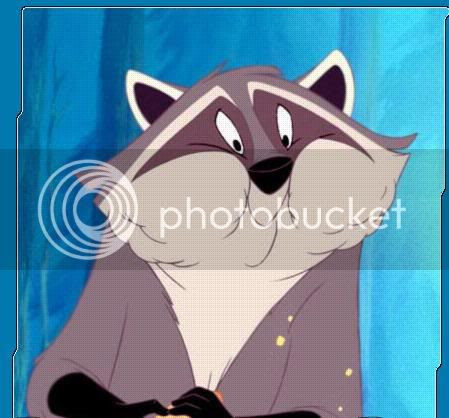 Alan Menken-the talented composer says that  ‘you really want to tell the story through song..you need to be right there from he very beginnning.’
The song ‘Just Around The River Bend’ is created to reflect the moment ‘when Pochaontas realizes she’s different’ as said by Alan Menken.
Schwartz, the other equally talented composer says, ‘I like it when I’m able to say something in an unexpected but very simple way’ to describe the creation of the beautiful number ‘Colors of the Wind.’
This animated feature is one of Disney’s finer works as it turns the story of a beautiful young girl’s power of perception into a story that has warmed the hearts of millions. Here’s to Pocahontas! 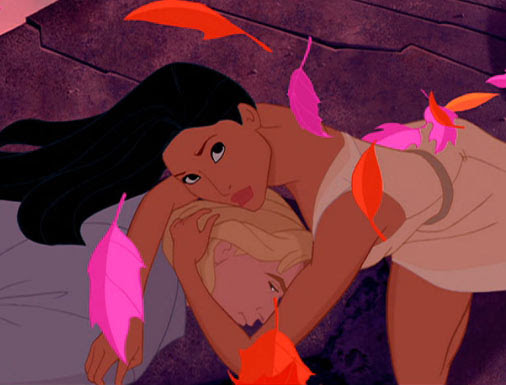