As I sat in the sitting room listening to the broken radio of the ‘mallam’ downstairs and the peaceful chirping of birds outside I was at peace. Suddenly, I heard the distant shuffle of footsteps and saw my grandmother’s frail figure as she made her way to the chair slowly. Mama had changed since the last six years I had last seen her. The strong stout woman that once guarded me ferociously as a child was now fragile. Her loud voice that had struck fear in my soul had become small and strained. But most importantly, her memory; one of her outstanding features had diminished over the years.
As she sat down and stared at me I knew she was about to take me on a trip down memory lane. What I didn’t know was whether she would decide to take me on a trip down her route or mine. To my surprise, she had chosen mine. I listened with new found attention as her words moved smoothly from her mouth dragging me down to a part of my past that I had forgotten to remember. 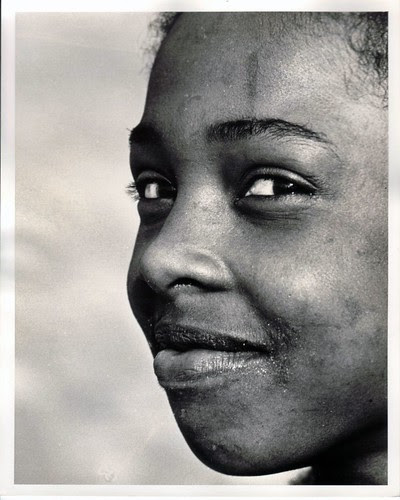 The sun shone threateningly down my back as fresh drops of sweat broke all over my young agile body as I ran round the house screaming for help. I could hear the distant patter of the dog slowly gaining ground as she moved closer to me. Suddenly she pounced. ‘HELP!’ I screamed. Where was everyone? My heart leaped in relief as I heard rapid footsteps and felt the dog’s weight being pulled off my body. The familiar arms of my mother wrapped around me protectively.
I looked at my grandmother in astonishment as she described how she had heard my cries for help and alerted my mother. I had never known who or how I had gotten help that day but I felt a deep appreciation as I stared at this old woman who played a massive part of my childhood. I smiled to myself realizing her memory was still as strong as ever. ‘Mama e he so’ –Mama I have heard- I said in her traditional Benin language-Ibie.
As I spoke those words, I knew she was the reason for my love and devotion to languages. As a child she had refused to speak a word of English to me; always, she insisted I speak ‘Ibie’. I had stubbornly refused to forget ‘Ibie’ while Mama was away and had partly succeeded. I watched her as she stood up from her chair and tentatively grabbed her walking stick. As she moves gradually across the room, I remember the moment she had first seen my brother and I again after six years. Her wrinkled face had lit up with pure joy and happiness as she hugged us warmly greeting us with excitement in her native tongue. As I reflected on our brief conversation, I realized Mama might have changed over the years but she was still the same in so many ways. Contented, I let the music from the broken radio drown my thoughts.